what you're looking for?
Request an article and we'll write it!

If you’re filming a horror movie, detailed special effects makeup is one of the best ways to transform your actors into the spooky characters they’ll be playing. Although you can use digital effects to help create your actors’ on-screen looks, it’s hard to beat the realistic look that makeup can create. With the accessibility of online video tutorials, it’s easier than ever to learn the basics of horror movie makeup yourself. Here’s why makeup is an important part of any horror movie, as well as some of the most iconic horror movie makeup looks of all time. 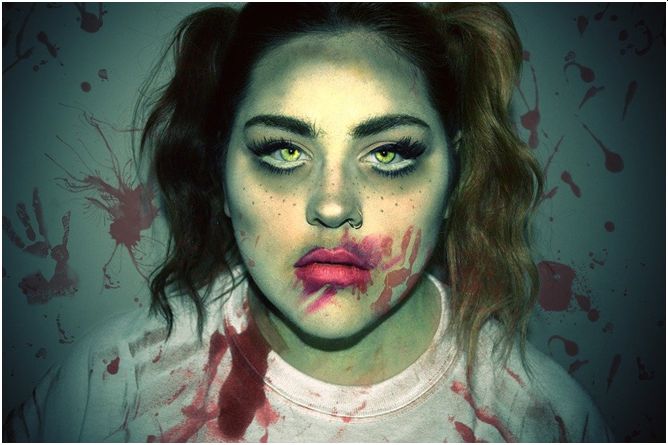 The Ongoing Importance of Makeup in Horror Movies

Although CGI and other digital editing techniques can be used to create a frightening look onscreen, makeup is still very important, particularly when creating independent horror movies. If you’re creating your own horror movie, consider teaching yourself some basic makeup techniques before you start shooting. Here’s why makeup is so important to horror movies. 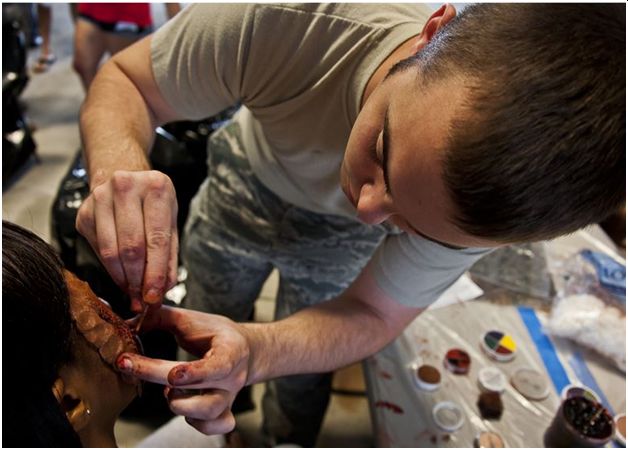 The Basics of Horror Movie Makeup

If you’re planning on filming your own horror movie, it’s helpful to learn the basics of the trade. If you can do the makeup on your own, that means you won’t have to rely on an expensive professional makeup artist, and you’ll have more money to spend elsewhere on your project. To start, you’ll need to build a special effects makeup kit.

There are many key items to have in your special effects kit. The first is a comprehensive set of foundations in many different colors. You’ll need foundation colors to match the many different skin tones of your actors, but you’ll also need colors like pinks, reds, blues, and greens to use as a base if you’re creating monsters. You’ll also need paint, concealers, and contour makeup in a number of different colors that you can use for more detailed effects like bruises, scars, and other details. Of course, you’ll need a reliable fake blood product that you can use for your horror scenes – it should have a relatively thick but malleable consistency, and you’ll need enough that you can use it in large quantities. Liquid latex is another must-have for many professional makeup artists. It’s very malleable, and you can use it to create the appearance of wounds, blisters, and more. It comes in a nude color, but you can apply makeup over the top to give it any color you want.

Investing in some basic face prosthetics can also be helpful when creating a horror movie. You’ll also need an adhesive to help you apply the prosethetics. The adhesive should be designed for long-term wear and should not irritate the skin. You may also want to invest in some fake eyelashes, fake mustaches, or even individual hair strips to apply. These can be very helpful when creating a monstrous makeup look. There are some cosmetics brands that sell complete starter kits that have everything you need to practice. This is a great way to test the waters before you invest in more specialized products.

There are many ways to learn special effects makeup. There are plenty of free video tutorials online that you can use to teach yourself basic skills. However, if you really want to delve into the complexities of horror movie makeup, you can also take a class at a local cosmetics school. Some of these schools also offer online classes. Here are some of the basic skills you’ll want to master in order to create looks for horror movies.

Through the years, there have been plenty of horror movies that have exemplified just how creative you can get with makeup to take a scene into truly horrifying territory. While it’s difficult to select just a few favorite makeup looks from this genre, we’ve narrowed things down to some of the eeriest makeup looks of all time. 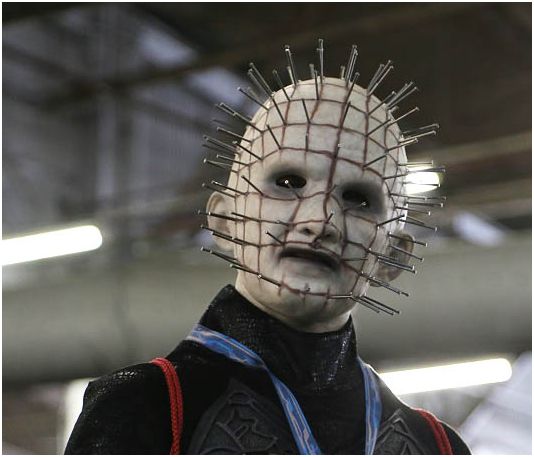 Hellraiser. This is the movie that launched the larger Hellraiser franchise, and you’ll find examples of great makeup throughout the movie. In one of the goriest scenes, a man has his flesh pulled off using fish hooks as part of a blood sacrifice, an effect created entirely with makeup. They also use makeup and prosthetics to transform actors into Cenobites, a race of cruel and violent demons often depicted with needles poking out of their skin. Today, the Cenobites are still iconic in the horror community, and sequels in the franchise revolve around their antics.

The Thing. This 80s classic is often praised for the way they use makeup to create a sense of fear and disgust. In the movie, scientific researchers in Antarctica find an extraterrestrial being that can assimilate and become different organisms. The filmmakers used makeup to illustrate the repulsive transformations as ‘the Thing’ went from human to animal and back. Although the movie itself was negatively reviewed, it’s still a cult classic among horror lovers, due in part to its incredible use of makeup.

An American Werewolf in London. This movie set the standard for using makeup to transform characters into animals and otherworldly creatures. This movie’s werewolf isn’t cartoony like many other film depictions of the beast – it’s horrifying. The team uses makeup to create an agonizing transformation from human to werewolf, complete with stretching and crunching bones that would make anyone cringe. They also use makeup to create gory and realistic werewolf massacres, which were very influential to horror movie makeup in the future. 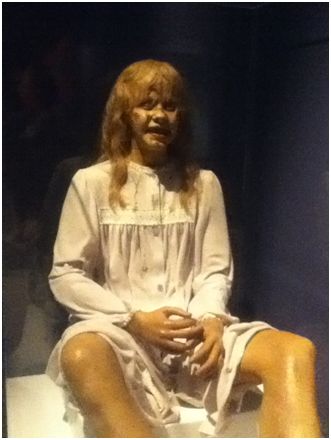 The Exorcist. This horror film is considered one of the most iconic of all time, inspiring many spin-offs throughout the years. While there are many things about this film that are incredibly eerie, one of the best touches is the makeup, which is used to illustrate the demonic possession and then later the exorcism of a young girl. The realism of the makeup combined with excellent acting and directing made an over-the-top premise feel believable and frightening. The movie was nominated for 10 Academy Awards, making it the first horror movie to do so.

The Fly. The premise of this movie sounds almost comedic – a scientist is slowly transformed into a fly. However, the incredible special effects makeup on this movie is what makes it truly horrifying. Jeff Goldblum stars as the title character and gives a great performance as he transforms from human to fly. The makeup team on this movie use full body effects to illustrate this gruesome transformation. What starts as a subtle rash turns into something much more grotesque and horrifying, enhanced by the use of prosthetics and puppets to complete the effects. 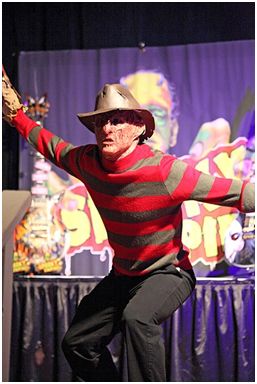 A Nightmare on Elm Street. This movie was another pioneer in terms of horror movies. The villain, Freddy Kruger, is a bold character with a strong personality that differed from other horror movie villains of the era. To transform the actor into his on-screen persona, the makeup team created fresh burns, damaged flesh, and exposed muscle. While the effect isn’t necessarily realistic, it’s truly frightening, and the attention to detail was part of what made Kruger a thing of nightmares for many moviegoers. Pan’s Labyrinth. The makeup in this movie is subtle but haunting, and is a big part of what makes these characters so fascinating and appealing. The character of The Faun is a particularly great example of creative and detailed supernatural movie makeup, with horns and other prosthetics that create a supernatural look. Although the movie does use some CGI, it’s the creativity of the makeup that makes this fantasy film feel more immersive and believable. Unlike many of the movies on this list, Pan’s Labyrinth doesn’t use gore or go for shock value, but instead creates a detailed and immersive world to fall into. 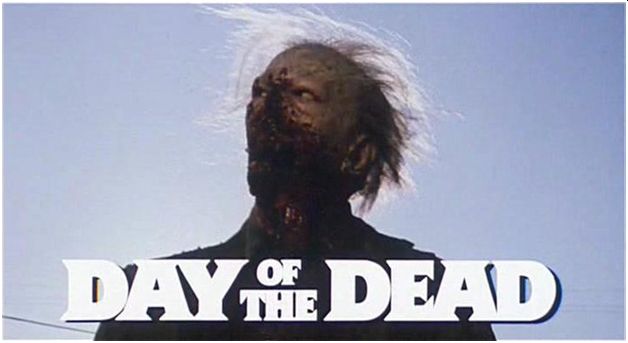 Day of the Dead. There are plenty of zombie movies that have used special effects makeup to great success, but Day of the Dead was one of the first to use detailed, realistic makeup to add some intense fear factor to these undead creatures. The makeup gave the zombies a realistically decaying appearance that made them more frightening and repulsive. This intense special effects makeup inspired later portrayals of zombies on shows like The Walking Dead.

Special effects makeup can be helpful in any movie genre, but particularly in horror movies, where actors often need to transform into monsters or are victims of a bloody attack. Even with the incredible digital effects we have now, many directors still use makeup to create the looks of their onscreen villains. For up-and-coming filmmakers in the horror genre, learning the basics of special effects makeup can help you create scarier scenes on a budget. Even some of the top horror movie filmmakers today still use makeup in their scenes because they love the sense of realism that it creates.