what you're looking for?
Request an article and we'll write it!

Where the Sidewalk EndsÂ : The Poems andâ¦ âSilverstein reveals his genius for reaching kids with silly words and simple pen-and-ink drawings. What child can resist a poem called âDancing Pantsâ or âThe Dirtiest Man in the Worldâ? Each of the 130 poems is funny in a different way, or touching â¦ or both.â
Falling UpÂ ââ¦Introduces a gallery of daffy characters, including the Terrible Toy-Eating Tookle, a hamburger named James, blissfully oblivious Headphone Harold, and the so-attractive folk attending the âRotten Conventionââ`âMr. Mud and the Creepinâ Crud/And the Drooler and Belchinâ Bob,â to name but a few.â

Lauraâs Early Years Collection : Littleâ¦Â âAny boy or girl who has fantasized about running off to live in the woods will find ample information in these pages to manage a Wisconsin snowstorm, a panther attack, or a wild sled ride with a pig as an uninvited guest. Every chapter divulges fascinatingly intricate yet easy-to-read details about pioneer life in the Midwest in the late 1800s, from bear-meat curing to maple-tree sapping to homemade bullet making.â

Complete Anne of Green Gables âWhen Marilla and Matthew Cuthbert of Green Gables, Prince Edward Island, send for a boy orphan to help them out at the farm, they are in no way prepared for the error that will change their lives. The mistake takes the shape of Anne Shirley, a redheaded 11-year-old girl who can talk anyone under the table.â

A Long Way from ChicagoÂ âPeckâs Newbery Honor title fairly begged to be recorded, for itâs the seven episodic chapters-one for each summer that Joey and Mary Alice visit their gun-totinâ Grandma Dowdel in her Illinois town-that make the book memorable.â 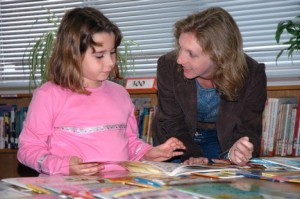 A Year Down Yonder (Newbery Medal Book,â¦Â âGrandma Dowdelâs back! Sheâs just as feisty and terrifying and goodhearted as she was in Richard Peckâs A Long Way from Chicago, and every bit as funny.â

The Wanderer (Newbery Honor Book 2001)Â âSophieâs adventures take her not only straight into perilous waves higher than buildings, but deep into her hidden past. This profound, suspenseful novel will pull you into its swift current and barely let you surface for breath.â

Where the Red Fern GrowsÂ âIn spite of being written during the Depression, there is a timelessness to this simple story. Young Billy works two long, hard years to earn the money to realize his dream-to own a pair of dogs for hunting raccoons. Rawls instills this autobiographical piece with a strong sense of right and wrong, as well as innocence and integrity.â

Harry Potter and the Sorcererâs Stoneâ¦âSay youâve spent the first 10 years of your life sleeping under the stairs of a family who loathes you. Then, in an absurd, magical twist of fate you find yourself surrounded by wizards, a caged snowy owl, a phoenix-feather wand, and jellybeans that come in every flavor, including strawberry, curry, grass, and sardine. Not only that, but you discover that you are a wizard yourself!â

The Phantom TollboothâThis ingenious fantasy centers around Milo, a bored ten-year-old who comes home to find a large toy tollbooth sitting in his room. Joining forces with a watchdog named Tock, Milo drives through the tollboothâs gates and begins a memorable journey. He meets such characters as the foolish, yet lovable Humbug, the Mathemagician, and the not-so-wicked âWhich,â Faintly Macabre, who gives Milo the âimpossibleâ mission of returning two princesses to the Kingdom of Wisdom.â

Ella Enchanted (Newbery Honor Book)Â âAt birth, Ella is inadvertently cursed by an imprudent fairy named Lucinda, who bestows on her the âgiftâ of obedience. Anything anyone tells her to do, Ella must obey. Another girl might have been cowed by this affliction, but not feisty Ellaâ¦â